Sir Gustav Nossal has served our nation well. Born in Bad Ischl, Austria in 1931, he moved to Sydney with his family when he was eight years old to escape Nazi occupation. Unable to speak English, a young Sir Gus worked hard and graduated Dux of his secondary school before going on to study to be a doctor and researcher at the University of Sydney. After a short appointment at the Royal Prince Alfred Hospital, he moved to Melbourne and commenced working with Macfarlane Burnett in medical science at Walter and Eliza Hall Institute of Medical Research. Sir Gus earned his PhD from the University of Melbourne.

During his life, he has filled many important roles in a range of positions in the community. Among them, he has served as the Director of the Walter and Eliza Institute, President of the Australian Academy of Science, served as a member of the Prime Minister’s Science, Engineering and Innovation Council, and Chairman of the Victorian Health Promotion Foundation. For two years from 1998 to 2000, he was the Deputy Chairman of the Council for Aboriginal Reconciliation.

Internationally, Sir Gus has also served in a range of roles including: the Assistant Professor of Genetics at Stanford University, served at the Pasteur Institute in Paris, Chairman of the Bill and Melinda Gates Foundation Vaccine Program, been a special consultant to the World Health Organisation, and chaired the same organisation’s Global Program for Vaccines and Immunisation.

In 1970, Sir Gus was made a Commander of the Order of the British Empire and then in 1977, he was knighted for his revolutionary discoveries in immunology. Sir Gus has since been the recipient of the ANZAAS Medal, the Companion of the Order of Australia, the Albert Einstein World Award of Science, the Koch Gold Medal, and in 1977 he was identified as one of Australia’s 100 Living National Treasures. In 2000, Sir Gustav Nossal was named Australian of the Year.

He is the author of books and numerous scientific papers. 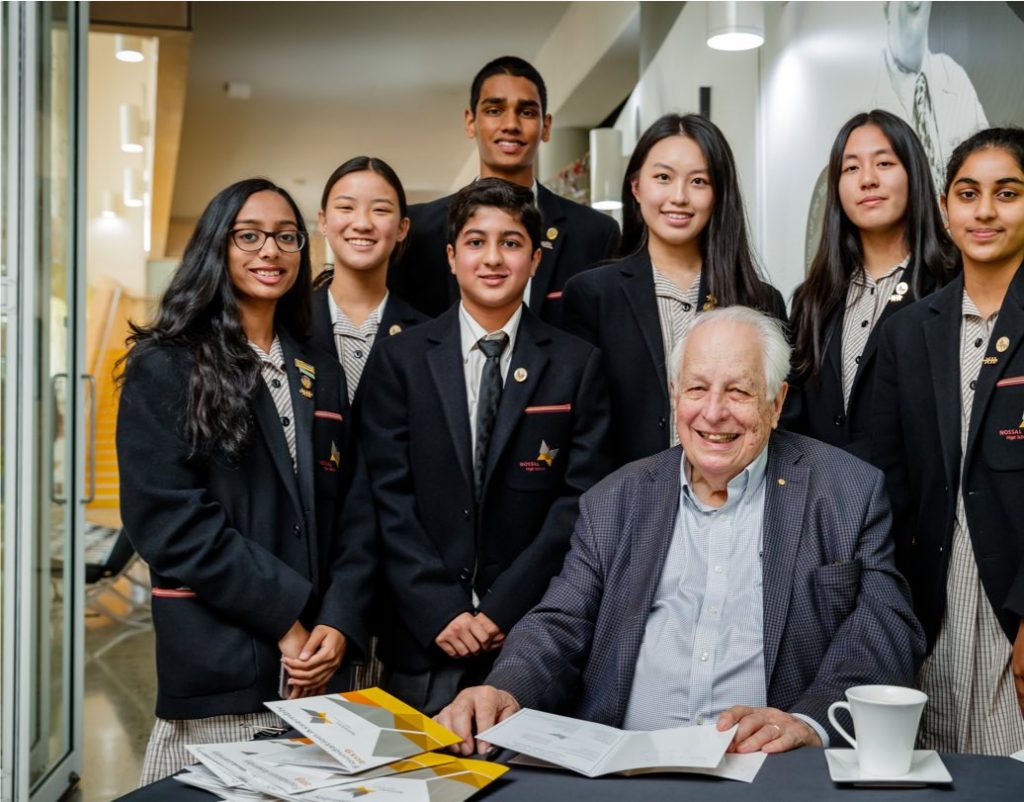 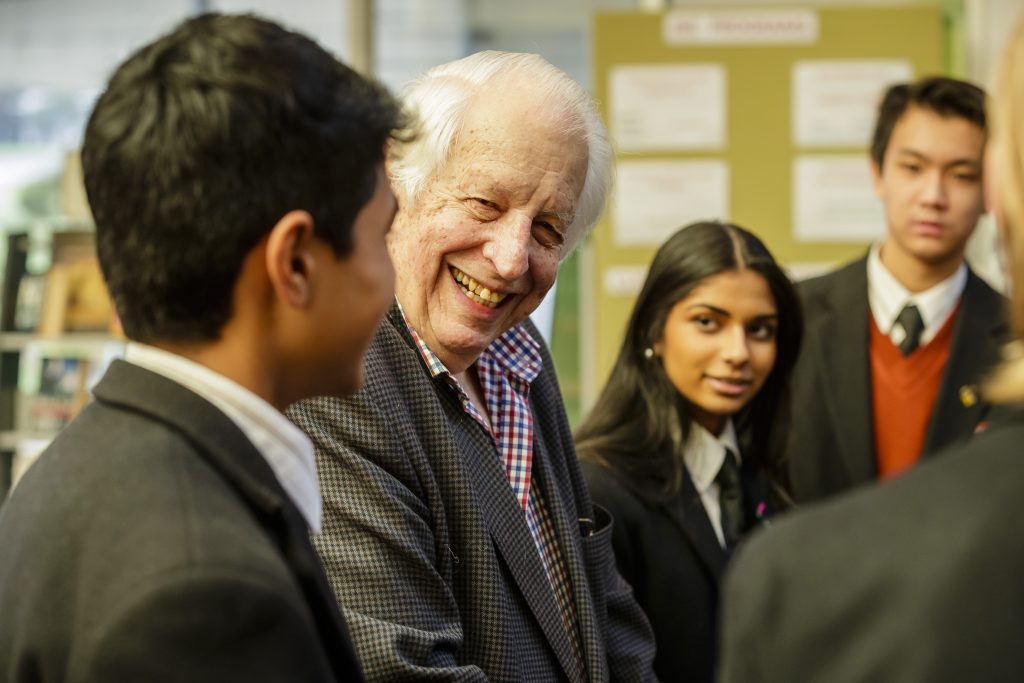 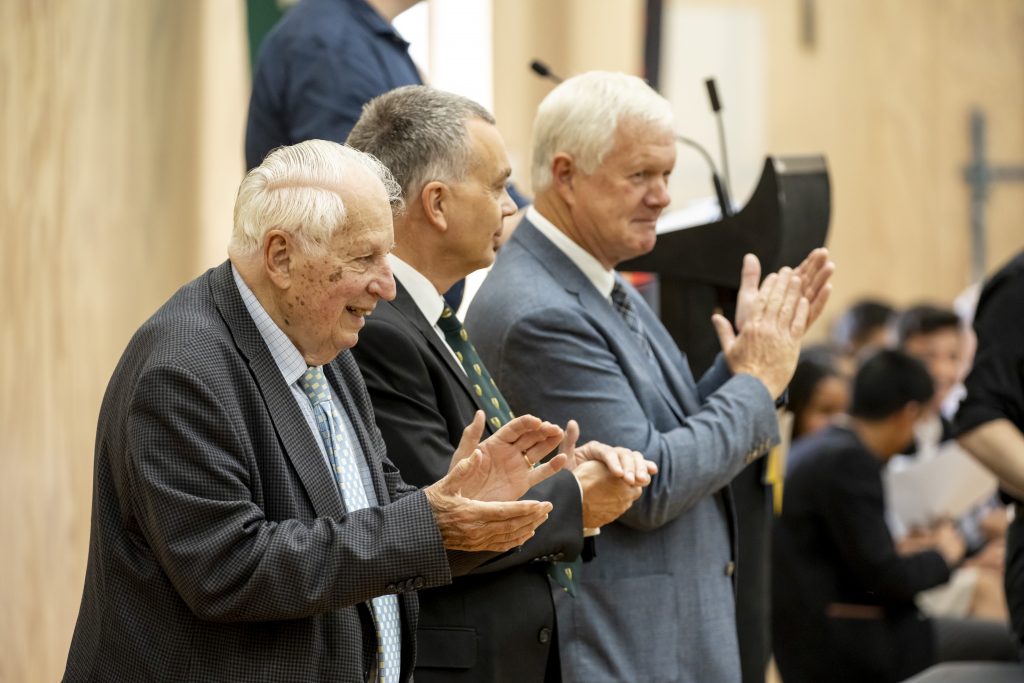 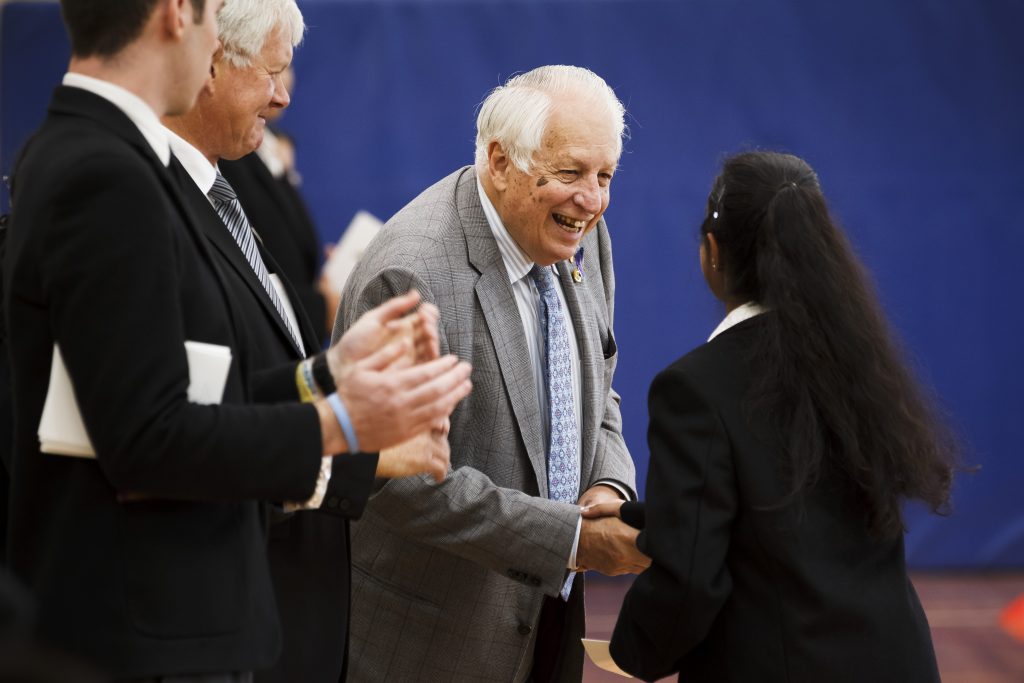 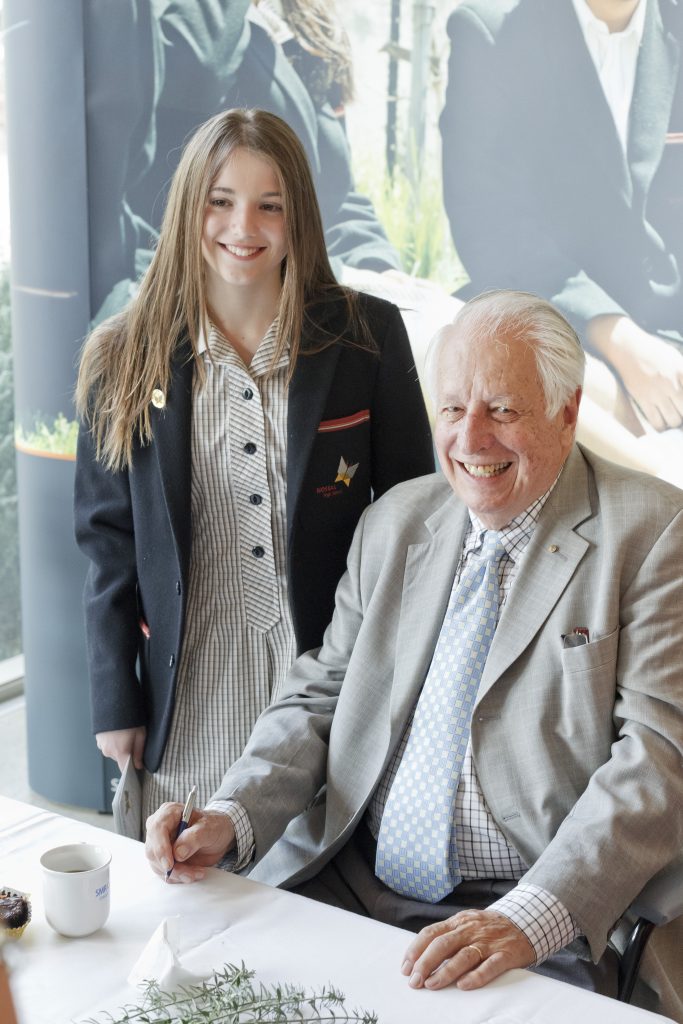 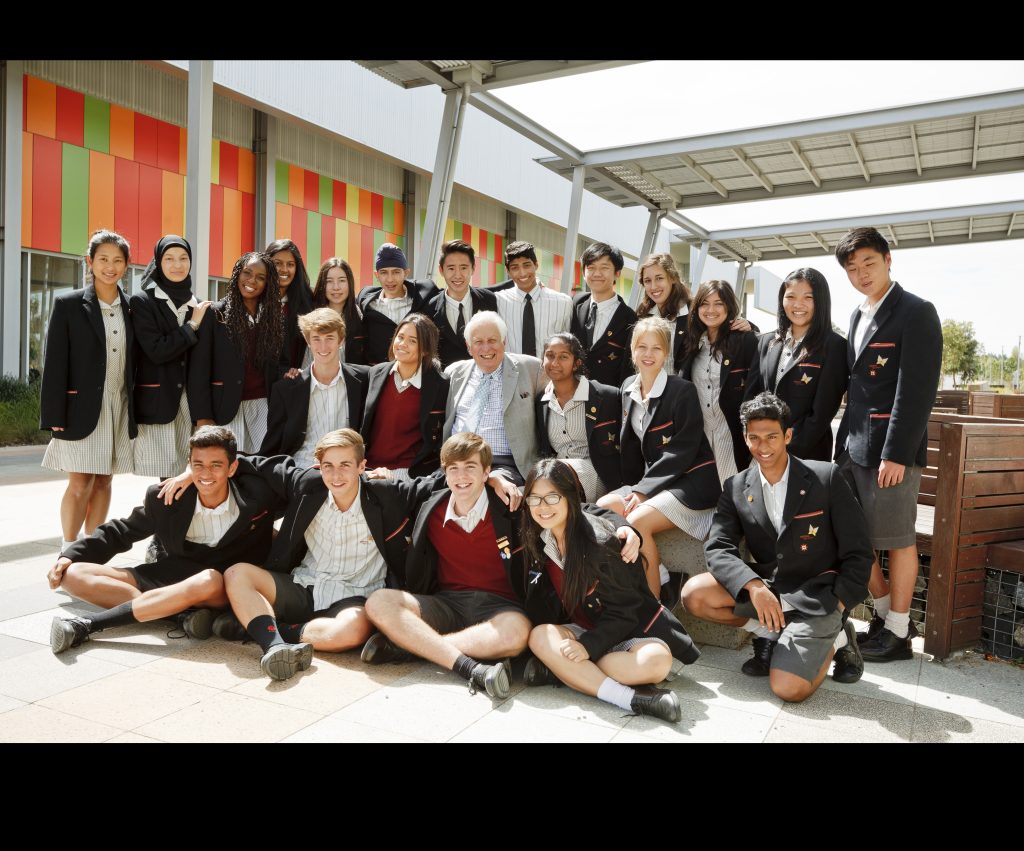 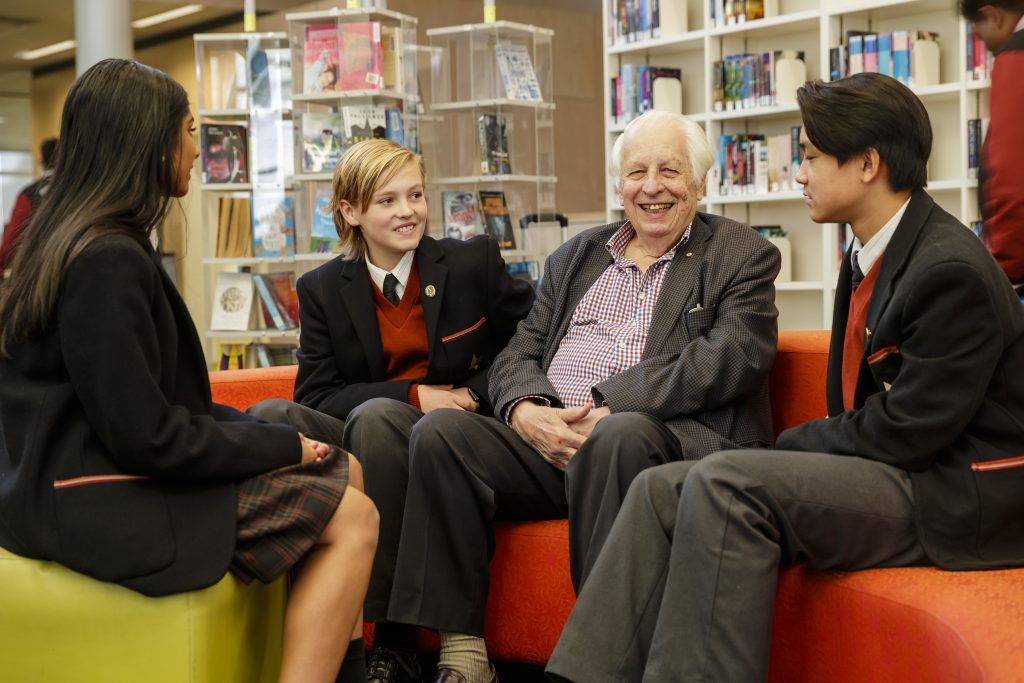 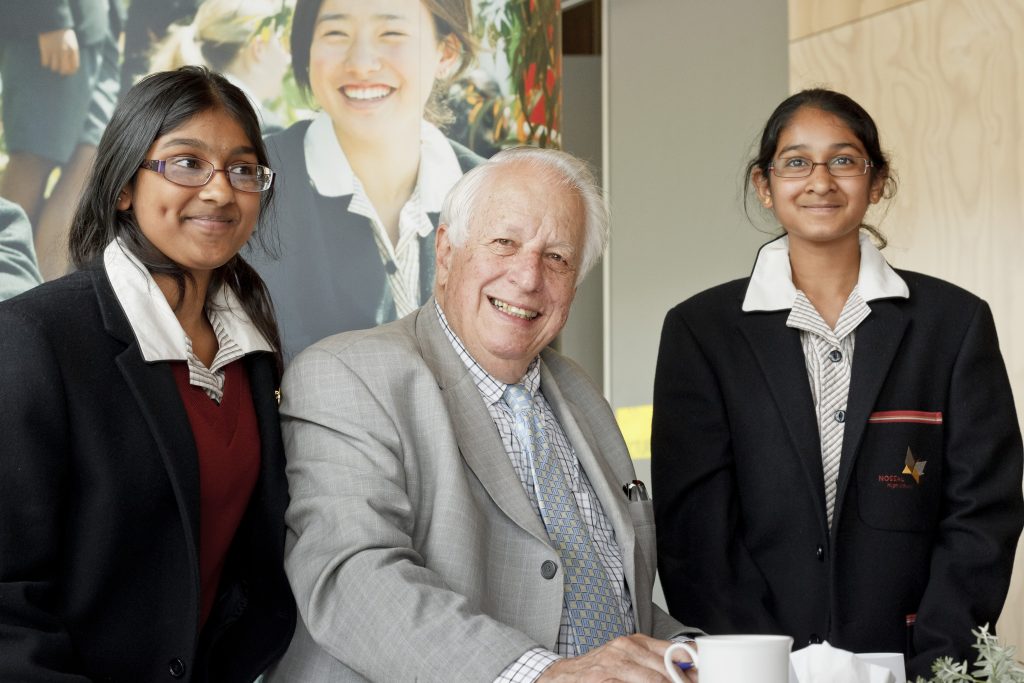 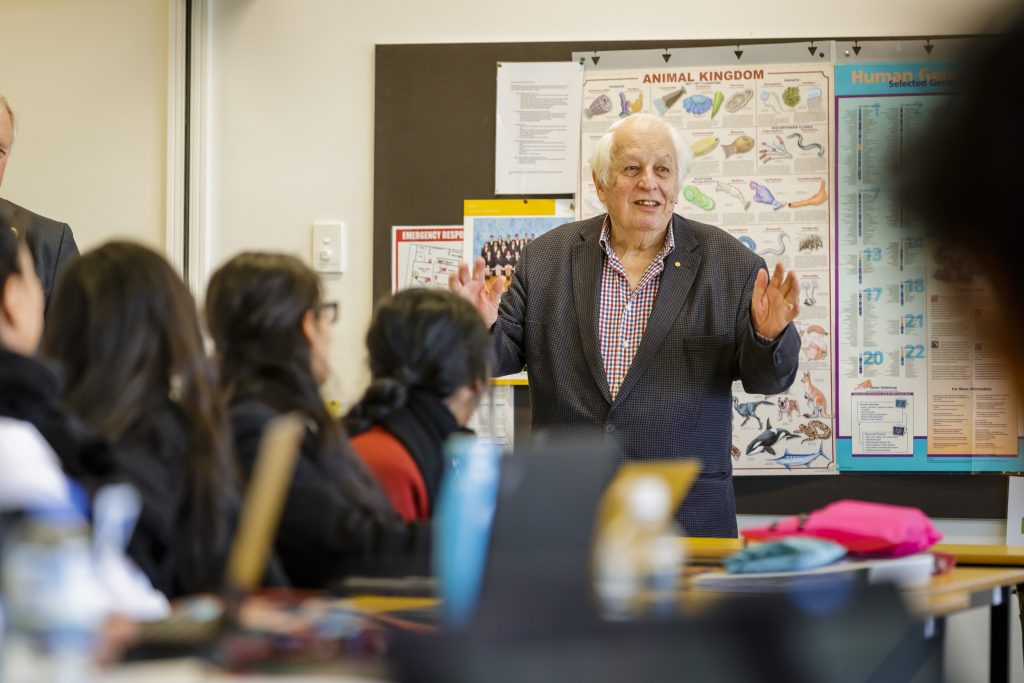 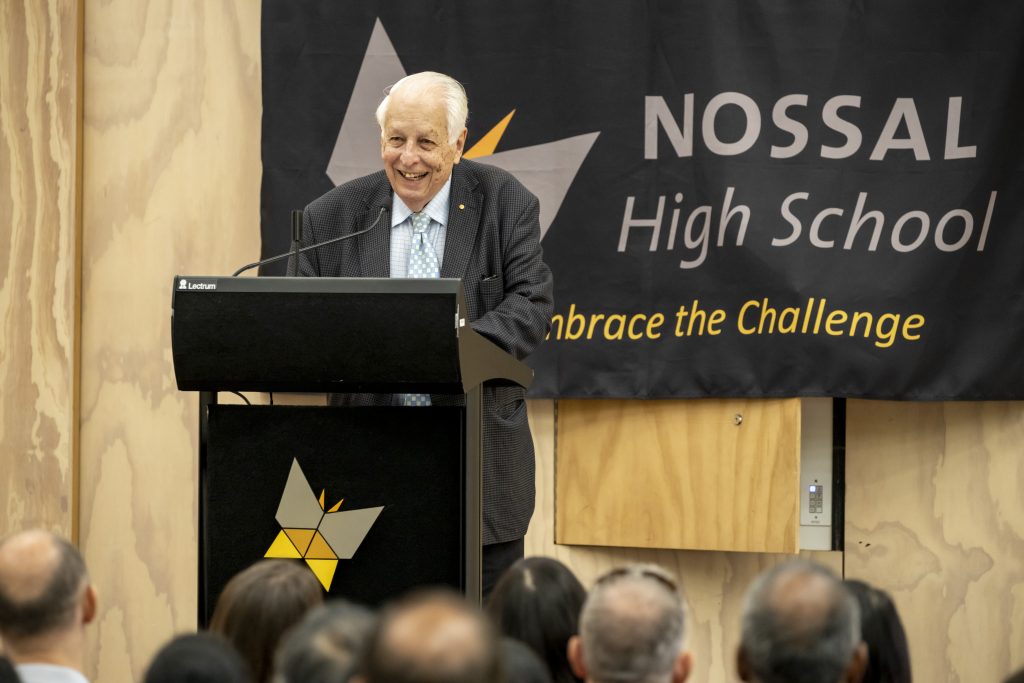 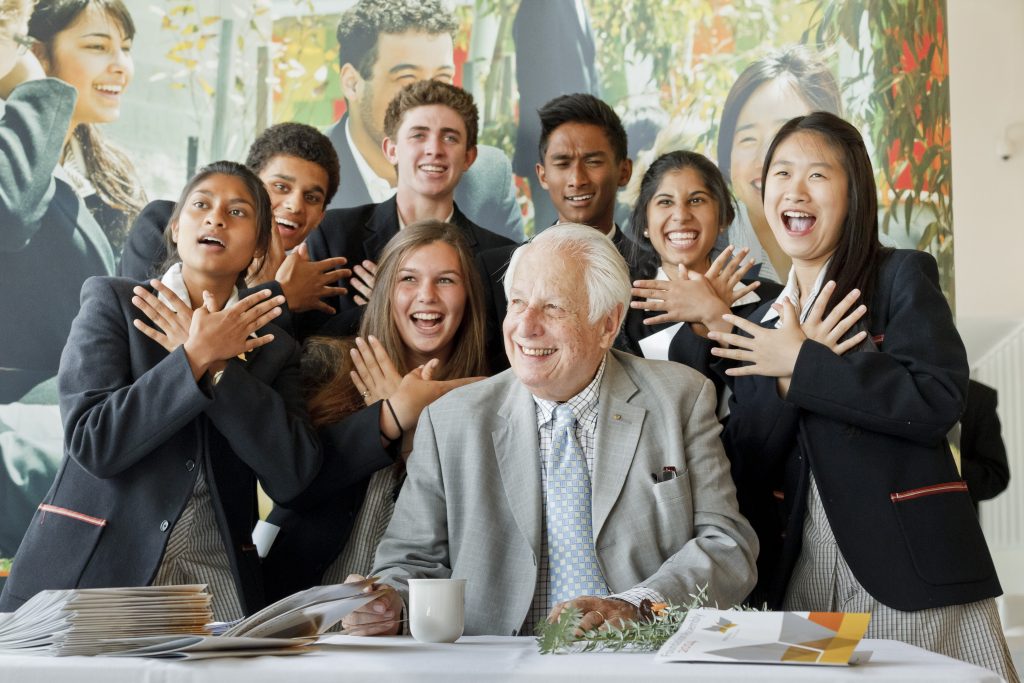 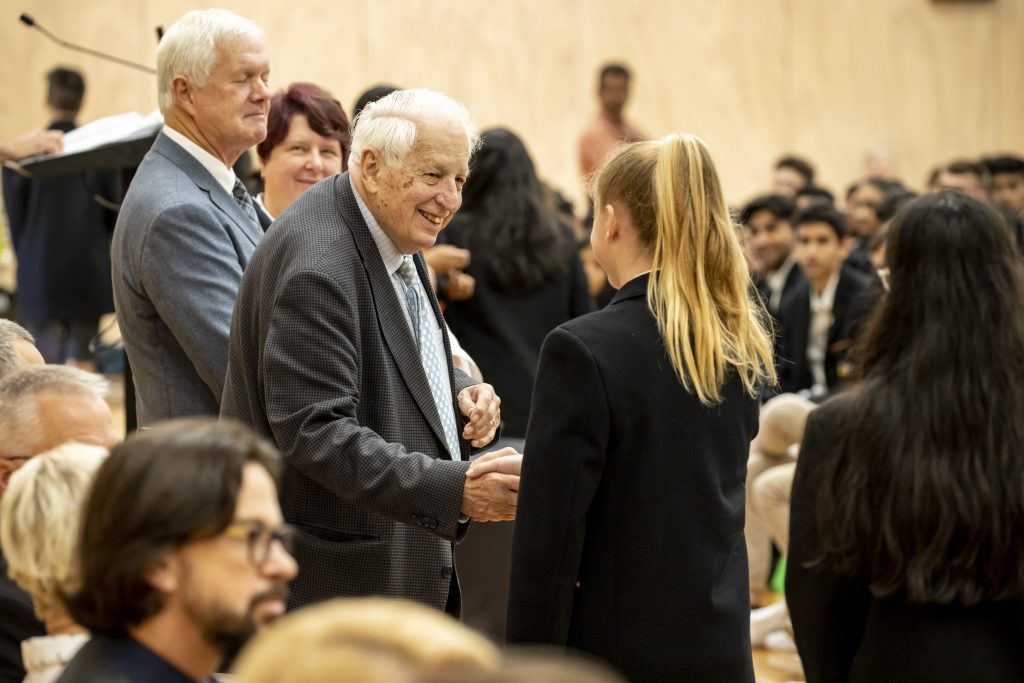 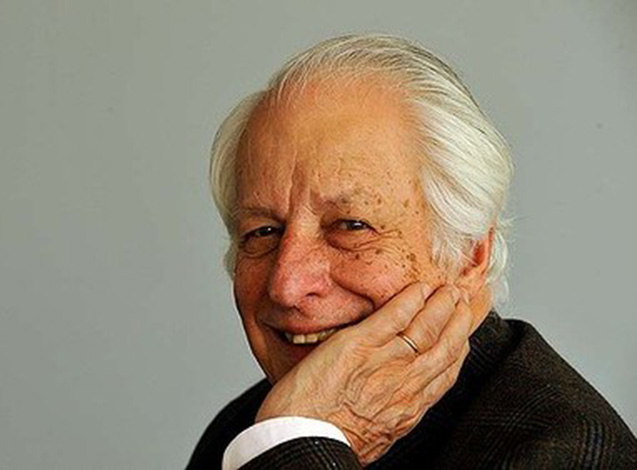 The school buildings are high tech. and ICT rich, mirroring features and approaches usually found in universities. Our location and partnership with Monash University, Federation University and Chisholm Institute, offer our community access to programs and facilities at both secondary and tertiary levels and enable the development of rich links and challenging opportunities.

We offer a broad range of curricula and co-curricula experiences and programs, strongly influenced by the students themselves who have an active and authentic voice in the running of the school. We offer significant sporting, creative, performing, musical, community, cultural, social and leadership opportunities to our students alongside a comprehensive academic study program.

Teaching staff at Nossal are selected as they are outstanding educators and they too undertake ongoing and rigorous professional development to ensure they provide the best possible learning environment and outcomes for our students. For our students, they model and exemplify the Monash motto… “I am still learning”.

It is the school’s great privilege to be named after one of our nation’s most celebrated scientists and research biologists, pioneering researcher, Sir Gustav Nossal AC CBE FRS FAA 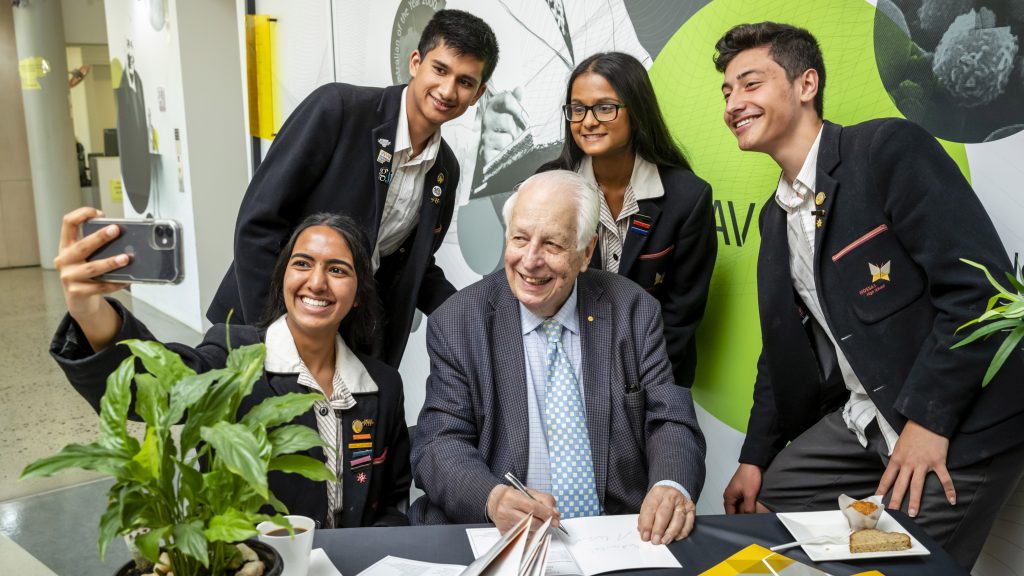 On behalf of the wider community, Nossal High School plans to immortalise Sir Gustav Nossal in a life-sized bronze statue in recognition of a life of service and commitment to both Australia and the world.

Always a person willing to sit, chat and discuss ideas and issues, the planned sculpture will depict a seated Sir Gus, (similar to the one illustrated below) and will be sited prominently on the forecourt of Nossal High School, located adjacent to the Federation University campus (formerly Monash University), in Berwick.

Nossal High School has commenced the process of raising funds to reach its target of $90,000 to commission the artwork. All money raised is being held in the school’s Sir Gustav Nossal Statue Fund for the sole purpose of financing the design, production and installation of the artwork. 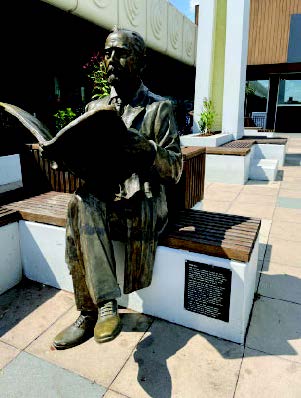 How you can be a part of the project…

Nossal High School is inviting individuals, groups and organisations to be a part of this important public recognition of a life of commitment and service to humanity. Donations are now being sought to fund the project, with a significant portion of the target already achieved.

Donations can be made at the school’s office, via credit card or as a direct deposit into the dedicated fund. All donations over $2.00 are tax deductible and receipts will be issued.

Platinum donors will have a large individual brass plaque featuring their name (and where appropriate their logo) showcased on the Friends of Sir Gustav Nossal Honour Board. They will also receive an invitation to the dedication of the statue, commemorative photograph with Sir Gus, recognition with a framed certificate of appreciation and be acknowledged in the Nossal High School Newsletter which is distributed electronically throughout the community to approximately 3000 subscribers.

Gold donors will have a large individual brass plaque featuring their name (and where appropriate their logo) showcased on the Friends of Sir Gustav Nossal Honour Board. They will also receive an invitation to the dedication of the statue, recognition with a framed certificate of appreciation and be acknowledged in the Nossal High School Newsletter.

Silver donors will have their name showcased on the Friends of Sir Gustav Nossal Honour Board. They will also receive an invitation to the dedication of the statue and be acknowledged in the Nossal High School Newsletter.

Bronze donors will have their name showcased on the Friends of Sir Gustav Nossal Honour Board. Their contribution will be acknowledged in the Nossal High School Newsletter.

Read about updates in our latest newsletter
Visit

Donate Now - All donations over $2.00 are tax deductible.
Visit